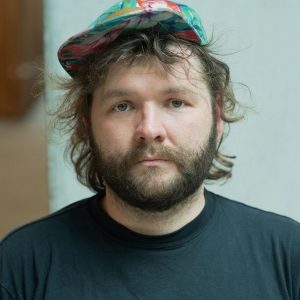 Anton Kurt Krause was born in Magdeburg in 1986 and has been visiting theatres from a very young age on. When he was 16 years old, he led the improvisation theatre group DIE KAMMERJÄGER. In 2004, he founded the theatre festival IMPROV(IS)E YOUR LIFE. He then worked as assistant producer at Theater der Altmarkt and studied stage directing at the Academy of Performing Arts Baden-Württemberg under supervision of Luk Perceval from 2008 to 2011. Since 2011/2012 season, Anton Kurt Krause has been assistant director at Thalia Theater Hamburg, where he worked with Jan Bosse, Stefan Pucher, Nicolas Stemann and Jette Steckel. His own work at Thalia Theater Hamburg included the monologue series SCHÖNER SCHEITERN at night shelter and more recently ICH RUFE MEINE BRÜDER by Jonas Hassen Khemiri, which ran over 4 seasons with more than 50 shows. Anton Kurt Krause staged the pilot episode of the Thalia-soap RENNBAHN DER LEIDENSCHAFT and directed the class room play SPIEL ZIGEUNISTAN by Christiane Richers, which celebrated its premiere during Lessingtage in 2014. With 75 sold out shows, his most successful production ALTE MEISTER by Thomas Bernhard is still running at Schauspielhaus Dresden. Since his stay at the Lincoln Center Theater Lab in 2015 in New York and the following residency at Robert Wilsons Water Mill Center, he has increasingly been working on international connections, as with the director collective P.L.U.T.O., who recently won an award with the project BLACK BOX at the Festival International de Buenos Aires. With his open collective ANNE&ICH, he developed different projects with the independent scene in Leipzig, Berlin, Hamburg and Dresden.
In 2020, he completed his master’s in the study programme ‘play and object’ at Hochschule für Schauspielkunst Ernst Busch where he researched about interfaces between digital and analogue theatre spaces.
Picture: Martina Talhofer
2021 FORMATOR Transformer of ordinary inputs