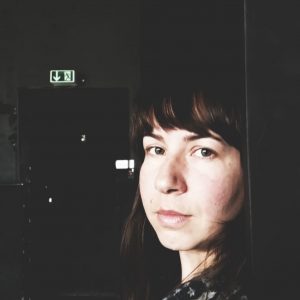 Born in Görlitz. She studied Scenic Arts at the university in Hildesheim. During het studies she worked as a performer at the theatre fensterzurstadt in Hannover. She also did a 6-months internship in Moscow at the theatre PRAKTIKA and the theatre studio M. P. Fomenko. Since 2006, she regularly participates in Butoh-Intensive-Workshops by Tadashi Endo in Göttingen. After her studies she worked as a direction assistant at the Staatsschauspiel Dresden. During this time she worked on her own projects, for example ‘Medea.Stimmen’ by C. Wolf and ‘ichglaubeaneineneinzigengott.’ By S. Massini. Since 2016 she works as an independent director and performer for theatre and movie (Ravir film Dresden) and as a dramatic adviser for dance in the independent scene in Dresden. In 2017, she was on stage as a ButohPerformer in HADO by Tadashi Endo at the JungesTheater in Göttingen and in 2018 in ‘Tristan und Isolde’ (R. Wagner), directed by S. Langridge, at the Opera in Hannover. In 2018/19 she got a scholarship at the TJG in Dresden for the direction of puppet show and object theatre and she was also the co-director at the project ‘Marco Polo’. Recent projects are ‘Life in Numbers’ with situationproduction at the Festspielhaus in Hellerau and the Tanzhaus NRW. Upcoming premiers are: January 2020 ‘Am Königsweg’ by E. Jelinek with guts-Company at the Societätstheater in Dresden; February 2020 ‘Land without Words’ by D. Loher with missingdots. at the Festspielhaus in Hellerau; April 2020 ‘Momo’ by M. Ende at the student stage TU Dresden. She received a research residency for 2020 by the TanzPakt Dresden.
2020 LAND WITHOUT WORDS
2021 Geschichten aus dem Gemäuer
2022 GOOSEBUMPS Lecture performance über das wichtigste Sinnesorgan